The People’s Pulse 2021 is a survey of 1,200 respondents interviewed during May and June 2021, by telephone. It is the first     household survey with national coverage in Myanmar since the military takeover on 1 February 2021. The survey is representative of the Union, all States combined, all Regions combined and urban and rural areas. The response rate was 47.1 percent. Over half of the interviews were conducted with women (54.3 percent compared to 45.7 percent of men). Interviewers asked to talk to the person in     the household who was most knowledgeable about the household finances2. In all questions the respondent was asked about the situation of the household and the respondent acted as a proxy for the whole household. The work builds on other existing surveys, such as the World Bank High Frequency Surveys and the Central Statistical Organisation/UNDP Household Vulnerability Survey 2020 – both meant to assess the impact COVID-19 restrictions were having on households in Myanmar.

The COVID-19 pandemic has increased hardship around the world, and worsened poverty levels in many countries, including Myanmar. The compounding impact of the events since 1 February has further exacerbated these trends in Myanmar, which have been measured by various macro-level indicators, including expected impacts on economic growth in the months to come. However, missing from this picture of hardship is an understanding of how these enormous challenges are experienced by people in their daily lives. The People’s Pulse survey uncovers the direct impacts and coping mechanisms for the people of Myanmar. Building on previous surveys undertaken in recent years, the People’s Pulse survey looks at the lived social and economic impacts of COVID-19 and the coup not just for  measures of income poverty but also vulnerability more generally. It helps to uncover how the double crisis is impacting Myanmar’s people at the family and even individual level, and in the survey report you can “hear” the voices of the respondents and understand how their lives have changed. 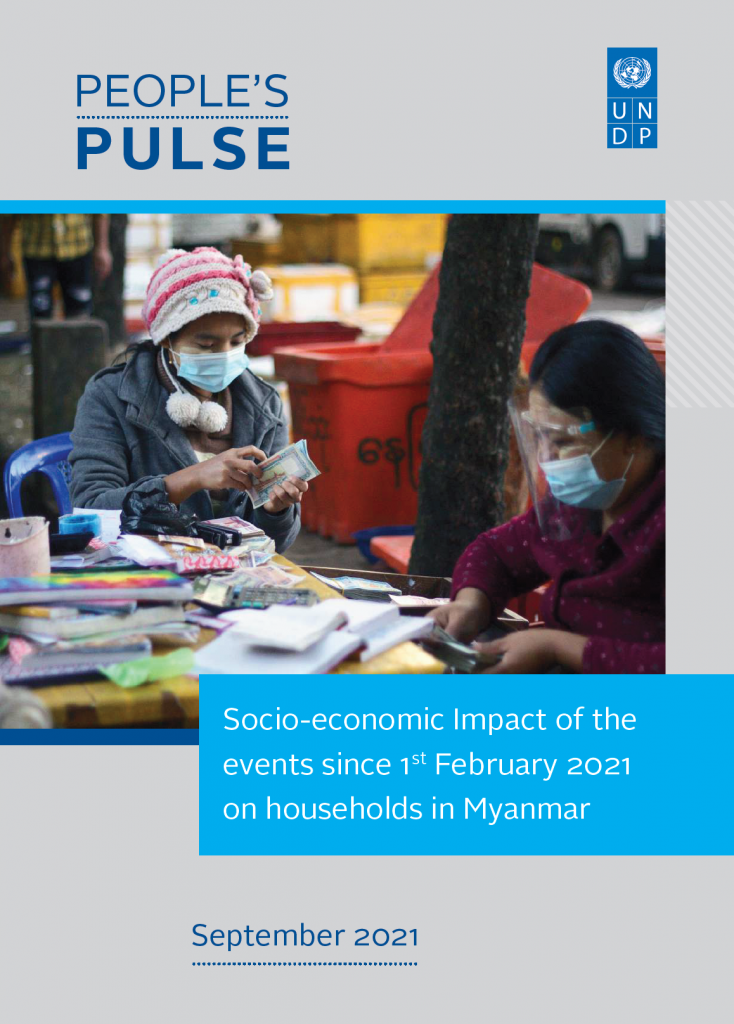